The Husband and Wife were joint shareholders and directors of a company involved in the construction of residential developments and also operated a partnership which let properties.

The financial remedy proceedings had been ongoing for almost two years and there had been potential issues regarding the Husband’s conduct and concerns about whether the information provided by him was accurate and complete. The Wife did not trust him or the disclosure and the lawyers considered that they needed the assistance of a shadow accountant to advise on aspects that were out of their areas of expertise.

We were engaged as shadow expert accountant to advise on accountancy aspects of the matter. This included a review of various financial disclosure provided by the Husband to comment on its completeness and veracity.

We were instructed to provide an initial view on the likely valuation of the company and partnership being assessed by the single joint expert (SJE) to enable the lawyers and counsel to consider any settlement offers that should be advanced. We also provided observations / areas for challenge on the SJE report once received.

Finally, in the weeks preceding the final hearing, we provided ad-hoc advice to the advisors and counsel on the arguments being posited by both parties.

Our analysis identified a number of areas of challenge to the financial information provided by both the Husband and the SJE accountant. This was instrumental in the Wife being awarded 50% of the assets, which was the optimal result.

“Kate and the team were amazing. Her attention to detail, speed at which she worked and the fact that she was always at the end of the phone if I needed her was exactly what was needed. She fast became part of my team in the run up to the final hearing.

Her analysis and comments on the SJE report were invaluable to us being able to persuade the SJE to depart from the content of their initial report. I have no hesitation in recommending Kate. She is approachable, knowledgeable, forensic in her analysis and has a great manner with clients. The perfect combination for when you need an accountant on your team!” 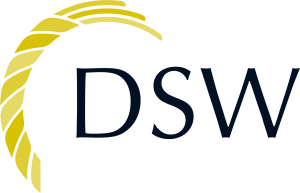