Dow Schofield Watts has been named as the 14th most active corporate finance adviser in the UK in the first half of 2021 – up from 24 in the same period last year. 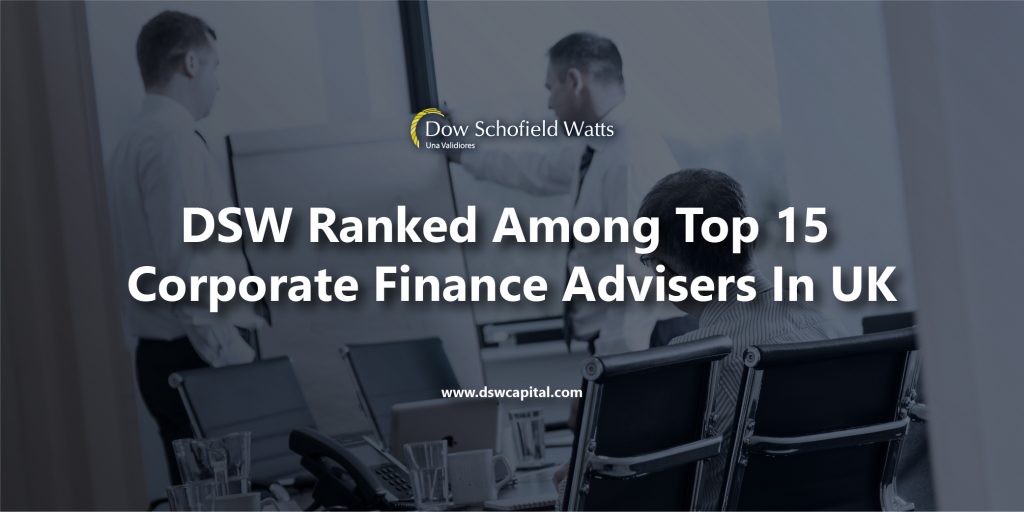 The latest figures from Experian’s Market IQ report, which include deals involving a UK company, show the firm advised on 42 eligible deals during the period.

Dow Schofield Watts was also the second most active adviser in the North West, having completed 21 deals, and tenth in Yorkshire, having advised on seven deals.

The figures show the first half was a bumper period for M&A, with UK deals volumes up 16% year on year.

Dow Schofield Watts has corporate finance teams in London, the North West, Yorkshire and Aberdeen. James Dow, Founding Partner, said: “These rankings reflect the esteem in which our teams are held and show that, as a specialist independent firm, we continue to punch above our weight in the M&A market.”