With the UK economy exiting from lockdown, Dow Schofield Watts clients were given an insight into its future prospects in a private briefing with the former Chancellor, Lord Philip Hammond. 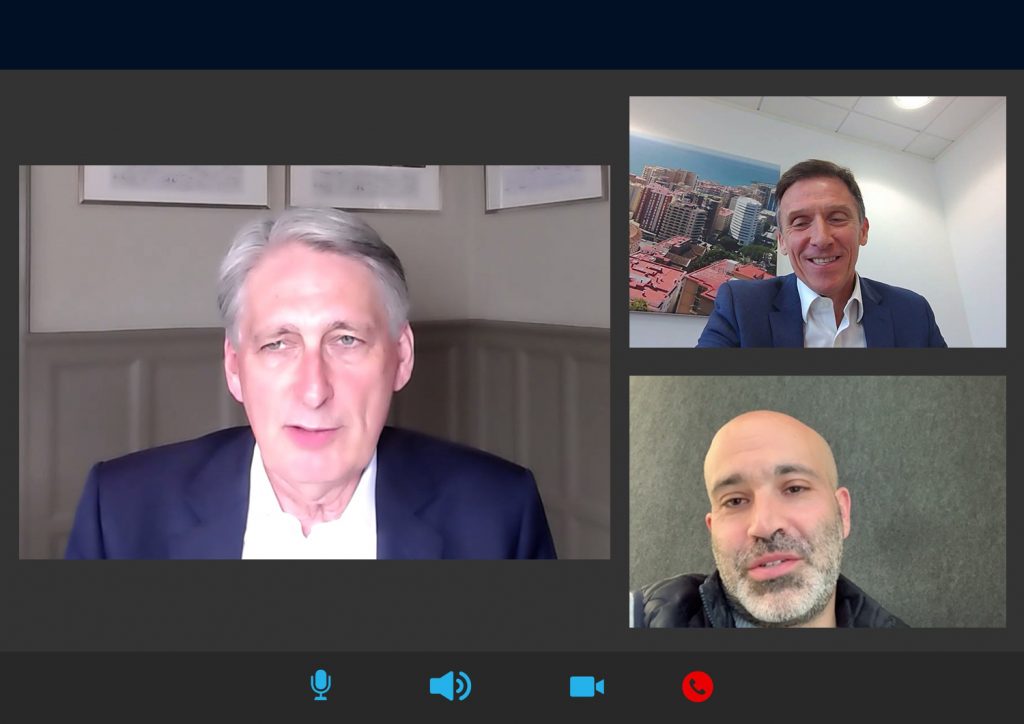 During the online event, which was hosted by DSW and organised by OakNorth Bank, Lord Hammond said he expected to see a strong ‘growth bounce’ as the economy unlocked, creating a feelgood factor amongst consumers. Although he expected many of the changes created by the pandemic would prove to lead to long-term structural shifts in the use of technology and the changes in consumer behaviour.

However, the recovery would also be a dangerous time for smaller businesses which would require more credit to ramp up their operations. He predicted a rise in the number of insolvencies partly as a result of government support unwinding but also due to the investment required to support additional working capital. But at the same time he was confident that mergers and acquisitions activity would also be strong as industry responded to the realities of the post-Covid world.

He said the pandemic had accelerated the digitisation of the economy and businesses had been investing heavily in technology. In the longer term, automation could be an opportunity to tackle the problem of low productivity which has for so long been the Achilles’ heel of the UK economy.

Meanwhile Ben Barbanel, Head of Debt Finance at OakNorth Bank, said he expected the pandemic to have an impact on demand for debt finance from sectors including SME housebuilding, with the focus moving from cities to regional locations, the care sector where there was a move towards ‘care and retirement villages’, and hospitality as businesses plan for future growth.

The event was chaired by James Dow, Co-Founder of Dow Schofield Watts.