Your private equity operations are an evolution of Dow Schofield Watts’ corporate finance services – a unique approach. What are the benefits of being able to play the role of both investor and adviser? 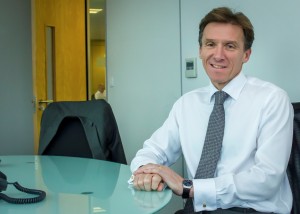 It increased our opportunities when we encountered businesses. It enables us to transact with smaller-sized companies and we can approach any situation with either an investor or an adviser hat on.

Do you have any concerns that this double identity might put people off?

We sensed at the start that we might be alienating a large part of the M&A marketplace that might otherwise work with us. We were the “gamekeeper turned poacher” rather than the other way around! I don’t think we’ve had much resistance on that front due to the fact our fund is small (£4.7m) and it comes from an investor pool. We’re not in competition with private equity houses because our investor pool is very different. Most funds get their money from large institutions, many of which are in the UK. We’re writing equity cheques of between £500,000 and £1m on behalf of high-net-worths, which isn’t of interest for most private equity funds.

But on the one hand you’re trying to get clients the best prices for their businesses, while on the other you want to buy businesses at attractive prices. Do your clients ever voice concerns about the potential conflict of interest?

Never. When we meet a business we say: “We can speak to you as an adviser or an investor. Who would you like to speak to?” We’ve never taken an engagement to sell a company and then invested in it. We screen right at the start and not three months down the line.

Given the size of your fund, what kinds of deals are you doing at PHD?

The first deal we did was a start-up and that was a write-off. We’ve subsequently invested in two deals where we’ve come in alongside two significantly larger private equity funds, and two where we led and brought in similar-sized regional funds to take a piece. So our deals are more substantial than you might think.

Who have you co-invested with in the past?

We’ve done two deals with Enterprise Ventures in the North West and we’ve co-invested with Bridgepoint Development Capital. We took a very small participation in one of their deals because, as you can imagine, their fund is rather larger than ours. That was in Energy Solutions Group, formerly BAS.

Why did your first investment fail? What went wrong?

We’d hoped to take advantage of legislation change regarding energy performance certificates, but the market didn’t evolve how we thought it would. The mere fact that these certificates were mandatory indicated a driver for strong demand. So the market geared itself up to provide these certificates but people didn’t really come to the market asking for them unless they really had to. And when they did the suppliers ended up crucifying each other on price.

The regulatory nature of the energy sector has burned some investors. Did your experience put you off the sector at all?

No, it made us more wary of investing in start-ups. They’re too spreadsheet-driven and the assumptions can’t really be tested until you put them in a real environment. Since then we’ve only invested in already successful businesses.

Which deals have you been most proud of?

We backed an MBI guy who bought into a business called Liberty Services, which produces penalty charge notices such as police tickets and serves local councils with follow-up letters when people haven’t paid their fines for driving offences and things like that. That’s gone spectacularly well. It’s not a bog-standard printer because the value of the letters it prints is pretty significant – they enable you to pick up a fine. But, more importantly, if they’re incorrect they can be legally challenged and are then worth nothing. So it requires trust in the supplier. It’s gone so well that it’s moved into other activities where that trust is crucial, including taxi permits and work on the London congestion charge.

You have just raised a debt fund that you invested wholly into Davenham Group’s residual loan book. Do you expect to do more of those deal-by-deal debt funds and if so will you look to do similar deals to Davenham?

I think we’ll do many of those. There’s investor appetite so long as the profile suits them and there’s definitely appetite from companies, particularly those who have lost their lines to wholesale credit, where banks used to back those businesses and have pulled away.

Can you envisage raising funds that loan to LBOs given that banks are extremely cautious about lending in the lower end of the market due to the credit risks?

I don’t think it’s likely, although I would if I thought I could get the terms for our investors. I suspect that the equity providers wouldn’t like the terms because we would be looking for more than typical senior rates. We want to provide debt where it’s not readily available. If that debt’s available then we can’t compete with banks on terms that are also attractive to investors. Our backers could be paying 45 per cent of their interest in income tax and they wouldn’t be covered by the Financial Compensation Guarantee Scheme. So if we couldn’t get ten per cent or more then we wouldn’t want to invest without those protections. That tends to cut the conversation short.