Sheffield Forgemasters acquired by the UK Ministry of Defence 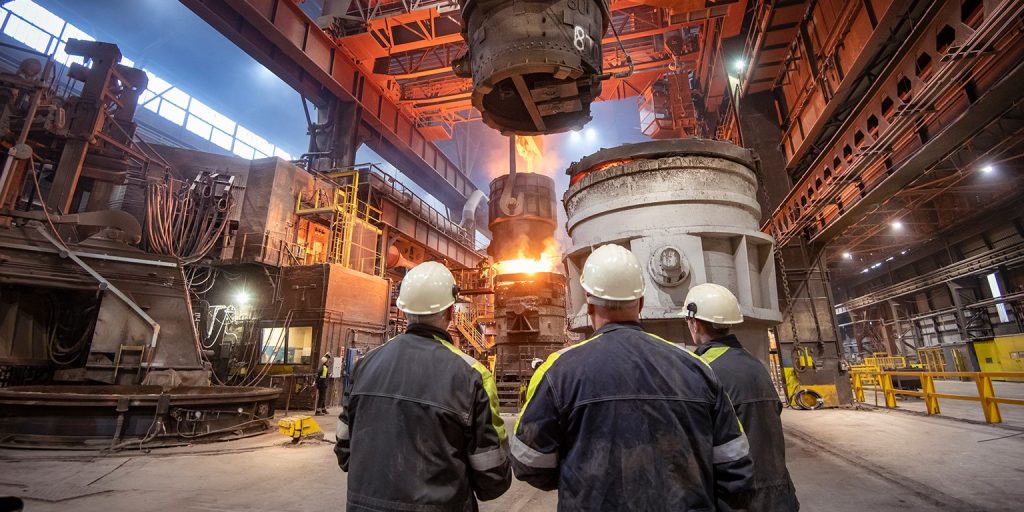 Founded over 200 years ago, Sheffield Forgemasters provides casting and forging solutions for the world’s most complex engineering challenges. It specialises in the design and manufacture of high integrity forgings and castings offering end-to-end manufacture for steel production from a single site in the UK. Global markets served include UK Defence, Global Defence, Civil Nuclear, Oil & Gas, Power Generation, Renewables and Steel Processing.

Some of the largest bespoke engineered steel products in the world are produced at the Brightside Lane facility in Sheffield with capacity for castings of up to 350 tonnes and forgings of up to 175 tonnes finished weight.

The transaction will secure Sheffield Forgemasters’ role as a key supplier into the MOD which will now support a £400m recapitalisation of Sheffield Forgemasters’ defence-critical plant, equipment and infrastructure necessary to secure the delivery of components into future MOD programmes. This will include plans for a replacement heavy forge line and building, a flood alleviation scheme and major machine tool replacements.

The company’s main driver of revenue and profitability over recent years has been manufacturing specialist forgings and castings for submarine platforms and surface vessels as a supplier to Rolls-Royce, BAE Systems and Babcock International, who have provided guarantees to support the financing of the company. With the company’s existing credit facilities due to expire in December 2021 and significant investment required for it to a reliable supplier into MOD, the transaction provides the financing necessary to place the company on a secure footing.

David Bond, CEO at Sheffield Forgemasters, said: “The agreement to bring the company under the ownership of the MOD provides a more secure future for the business and its people. The MOD’s intention is to invest up to £400m over the next 10 years to replace defence-critical equipment and infrastructure as we recapitalise our productive capacity, positioning the company to retain and create new highly skilled manufacturing jobs within the Sheffield City Region.”

“Sheffield Forgemasters and its shareholders are not able to fund an investment of this size and so this acquisition marks the culmination of a process, started two years ago, that enables us to be a reliable and secure supplier to defence for the long-term. I am grateful to my colleagues on the Board and throughout the business who have supported us on this journey.”

The intervention heralds a new chapter in the long history of Sheffield Forgemasters, which was employee owned, and is expected to significantly benefit the local economy as well as securing skilled jobs and promoting further employment.

Steve Hammell, CFO, added: “The Board of directors at Sheffield Forgemasters is unanimous in its support for the terms of the acquisition and is strongly of the view that the deal is in the long-term interests of all stakeholders of the business, including shareholders, employees, customers, suppliers, the local community and the Sheffield City Region. The transaction also involves a refinancing of the company’s credit facilities with the financial guarantees provided by Rolls-Royce, BAE Systems and Babcock falling away. We recently announced the purchase of a second hand 13,000 tonne forging press from Japan and will move forward with the recapitalisation programme to renew defence-critical infrastructure.”

Mr Bond highlighted the future ambitions of the business: “Although the MOD’s priority is to secure defence outputs, we will continue to operate in commercial markets with our existing equipment and will also look to exploit opportunities that may arise from the UK Government’s net zero carbon agenda, including Off-shore Wind projects and the Civil Nuclear market. Sheffield Forgemasters has now established a base for a sustainable future. These are exciting times for the company as we enter a new chapter in its 200-year history alongside the MOD.”

The Dow Schofield Watts Corporate Finance team that advised the Board of Sheffield Forgemasters over an extended period comprised Roger Esler, Paul Herriott and Jonathan Wilkinson. Legal advisers to the Board were Addleshaw Goddard and consultancy services were provided by Hexagon Consultants.

Roger Esler commented: “It has been a great privilege to have advised the Board of Sheffield Forgemasters on this milestone transaction which will bring £400m of transformational investment by the MOD in coming years to this iconic Sheffield business It is incredibly positive for all its employees, stakeholders and the region.”